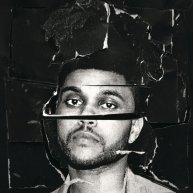 ‘Beauty Behind The Madness’ is the second album from The Weeknd. I hadn’t heard of him until I was in Canada, so he kind of came out of nowhere for me. I think he was pretty well known before this release though in Canada and the US, but as we all know he blew up worldwide following the release of ‘Can’t Feel My Face’. Well I can’t believe my ears.

This is going to be a quick one. No disrespect to the guy himself, but I just don’t get it. It’s $16 I would have been better off spending on starting a drug habit that would eventually tear myself and my family apart. Fine fine, ‘The Hills’ is catchy, but I only listen to it in the gym because it’s 4 minutes long and that’s all the cardio I do. ‘Can’t Fell My Face’ is catchy too, and I can see the appeal of both singles, but come on. The album is all over the place. He gets praised for the RNB and pop elements mixed with a rap take on lyrics. You expect him to deliver some sort of a love song until he starts singing about ‘bitches’ and ‘everybody fucking’. I listen to rap so I can’t say that kind of language is ridiculous, because that’s what quite a lot of rap is all about. I just don’t see how it works for The Weeknd.

I’m not just slating this record for the fun of it, but songs like ‘Earned It’ and ‘Dark Times’ are cringe worthy. It just doesn’t work.  And what the hell is going on in ‘Often’!?  Just no. It seem’s like you can get away with anything in music these days once you’re somewhat controversial.  And that’s pretty much all I’ve to say on this one, it just doesn’t do it for me.