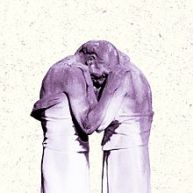 ‘Familiars’ was released in 2014 and brought with it the usual acclaim an Antlers album does. It is The Antlers fifth album and you would expect to see the pattern of growth musically continue. I’m giving the album a listen and reviewing it at the same time, so this is based off first impression, albeit from a big Antlers fan. What would the subject be this time? How would it feel? Will I listen back to it in a years time and see it differently? WHO KNOWS!  One thing for sure is that I’m looking forward to seeing what they’ve brought this time!

The album kicks off with ‘Palace’ which was released as a single. The first thing that stands out for me is the trumpet and clearer lyrics. In ‘Hospice’, for example, Silberman’s lyrics were often low and mumbled. There’s trumpet, drums and piano and honestly I love it right away, I can’t fault it. ‘Palace’ has an air of a National song to it too. There seems to be some jazzy feel to the following track ‘Doppelganger’, as if Silberman is in some smokey bar room on the stage hanging off the mic with the red curtain behind him. A slow burner this one, but his amazing voice comes to the fore halfway through to light it up. There’s also a feeling of loneliness coming from this one as the trumpet plays us out, and the curtain closes. ‘Hotel’ is the third track and it picks up the darkness, with trumpet again affecting the tone the song takes. I really like this one because they throw the fucks out the window in terms of what to expect from the normal Antlers song. Repeated lyrics and a guitar solo to see us out, reminds me a little of what they went for with’ Parenteses’ on ‘Burst Apart’-

Into the fourth track now and honestly I love this one. I’ll have it on repeat I think. They have grown and haven’t been afraid to take directions that fans might have to think twice about. ‘Intruders’ has a the same slow build sound and guitar picking away in the background only to come up to take centre stage. The bass come out in this one too, and I think I might end up saying this again but, this one could now be my favourite track so far. They’ve a way of making everything sound so honest and they really convince you that they care about everything they say and do. ‘Director’ is about someone trying to to get away from themselves, a theme which also popped up earlier in the album. It is a brilliant song, probably the most ambitious one so far in the album.

‘Revisited’ follows up at almost 8 minutes and it tells a fantastic story of a couple trying to get back to what made them come together. One is left in the cold and the other trying to solve all their problems, ‘Your fantasy’s a prison and you’re serving a sentence you can’t stop repeating’, as if to stay you’re trapped and nothings changing. ‘Parade’ is where we really see Silberman take the reins in a story of starting over, where they seem to get straight to the point rather than experiment as usual. ‘Surrender’ and Refuge’ see us out and both are fitting of a fine finale, steady build up in both songs with the trumpet again playing a major role.

Well, that was a excellent way for me to spend just under an hour, I can’t recommend it highly enough. They just make beautiful music that no one else seems capable of,( well maybe Elbow and The National) and in a sincere way too. Its got in-depth and enthralling storytelling and an experimental range of music you don’t come across very often.

Inside the album cover it says ‘For our family, loosely defined’. It seems that with each album that family is only getting bigger.