The Academy. Only my second time being there. It was the perfect size for a gig like this; not too big, not too small. 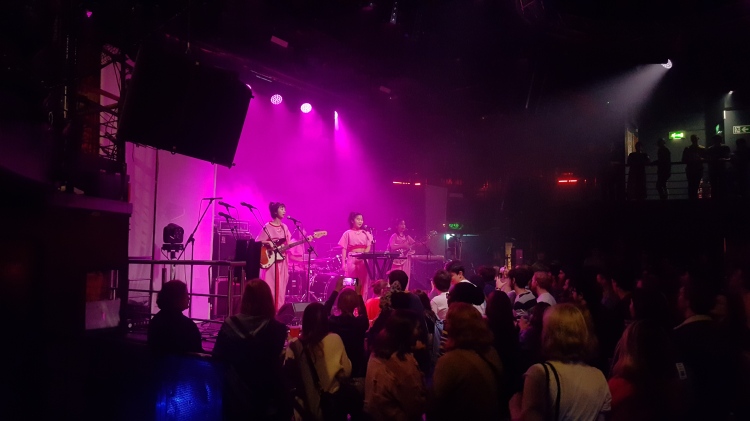 CHIA! Who? Good question; I’ve no idea either! Whoever they are, they’re brilliant. A super fun four piece dressed as their own Superheroes, or so it seemed, CHIA were perfect for getting the crowd going. They banged out about 7 tracks, none of which I could understand, and they even covered ABBA. I couldn’t find them on Spotify but if you come across them, DEFINITELY give them a listen. When their set ended they walked off stage to rapturous applause.

Superorganism were so much fun! They came on to a countdown dressed in shining cloaks, carrying light up globes and acting like extraterrestrial beings. When the countdown ended they got straight into “SPRORGNSM” which was brilliant. Between most tracks lead singer Orono interacted with the crowd, mostly to a dude called Stu who caught her eye. She even had a section called ‘Orono’s Time’; 10 to 15 minutes were she just rambled on about whatever was on her mind. She finished it off with 4 attempts at a cartwheel, the last of which was finally successful! Superorganism kept “Relax” and “Something for Your M.I.N.D.” till the end. For “Relax” they got about 25 people up on stage to dance with them. Haven’t seen anything like that at a gig before and it was hilarious. The difference in how tipsy and sober people dance well, that was embarrassing! 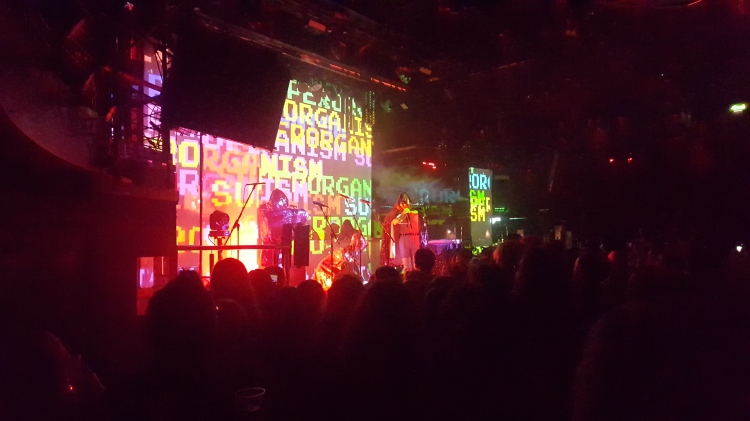 The visuals on the night were fantastic. Superorganism used them to create a running intergalactic theme, one that worked with their on-stage theatrics.

SO. MUCH. FUN. That’s actually the main thing I’ve taken away from the gig, that it was great craic. Everyone just had a great time and despite the fact Superorganism only have a few short songs, they managed to make the show memorable.