The Murder Capital returned Thursday night for their first show on Irish soil since Other Voices in November of last year.

The venue for their return would be Vicar Street, a stage graced by many of the world’s best and biggest acts. They arranged a hell of a lineup too, giving the night a festival atmosphere.

Kerryman Junior Brother was first on stage and he got a rousing reception as he got the night underway. Flanked by his friends, he played much-loved tracks “Hungover at Mass” and “The Back Of Her”, as well as my personal favourite “Coping” from his record Pull The Right Rope. He would later end up being thrown into the crowd by Murder Capital frontman James McGovern, which was GAS. 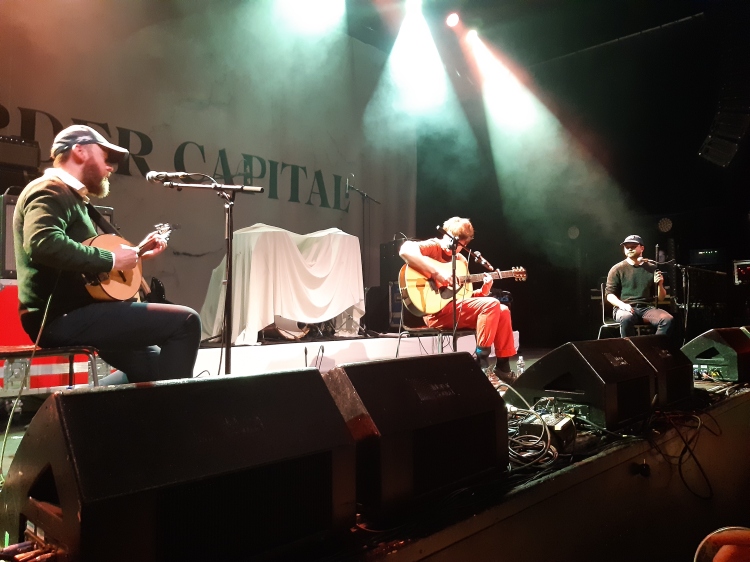 Spoken artist Craig Doyle, aka Unorthodox Coolock, followed and was understandably giddy to be playing Vicar Street. Beaming throughout, his recitals centre on growing up in Coolock and all that comes with having to fight for yourself. He does this in a way we can all relate to, taking in themes of love, teenage angst and the anxiety that comes with growing up along the way.

Egyptian Blue was the final support act and honestly, they could have headlined. I thought they were fantastic as they ploughed through their lively set. What was interesting was the shared lead role between Andy Buss and Leith Ambrose. The two work so well together and the switching between vocals was seamless, they actually sound quite alike too. They played their latest track “Never” as well as tracks from their excellent EP Collateral Damage. 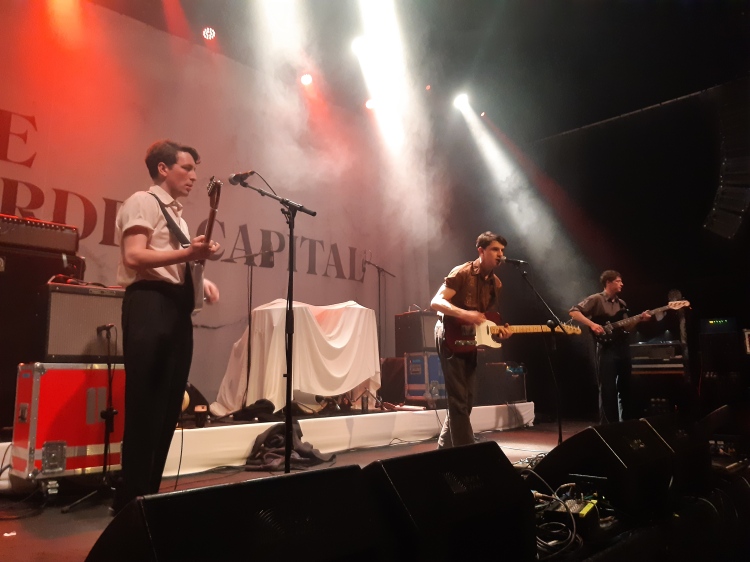 There’s no reason for me to swoon over The Murder Capital again as I’ve made my love for them abundantly clear several times before. However, you may be reading this from some distant land like Australia or Laois, and the boys might be playing there sometime soon. So, should you go see them?

Yes, yes you should. This gig was the biggest stage I’ve seen them on to date and they made every inch of it their own. Bassist Gabriel Paschal Blake‘s antics are to be expected (perhaps not almost taking the head off lead singer James McGovern by throwing his instrument in the air), as are the latter’s wanders into the crowd. As well as their terrific music, it’s the presence the band impart that makes them so special live. They’re in each other’s faces, in your face, they’re brash, bold, and confident. They feed off the crowd’s energy and vice versa. And when everyone gets going, things can get pretty wild. 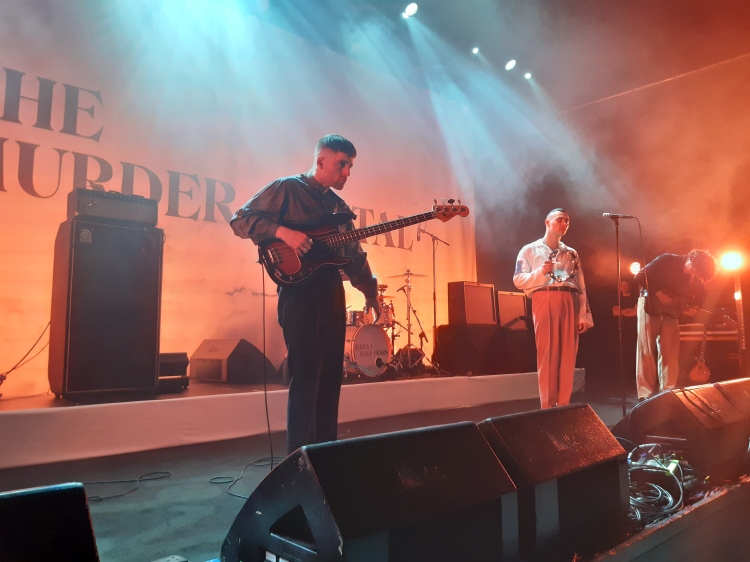 They played When I Have Fears through except for “How The Streets Adore Me Now”. Standout tracks were “Slowdance 1 & 2”, “On Twisted Ground” and “Feeling Fades”. No encore BUT, with all the energy they put into the show I won’t complain. I went home happy.

So, what else can be said for a night like this in closing? Special, I think, does it justice.