Reclessreviews are heading to Other Voices 2019 and not that that means anything to you, but I’m pretty excited!

Instead of doing a ‘Ones to Watch’ or ’10 Unmissable Acts’ post, I’m just going to share a little love for the festival acts in general.

Made up of shows/acts/performances in St. James’ Church, the Dingle Gin Music Trail, The IMRO Other Room, Banter, After Dark and Ireland’s Edge, the eclectic mix of talent will suit every taste.

Let’s take a little look at what’s on offer! 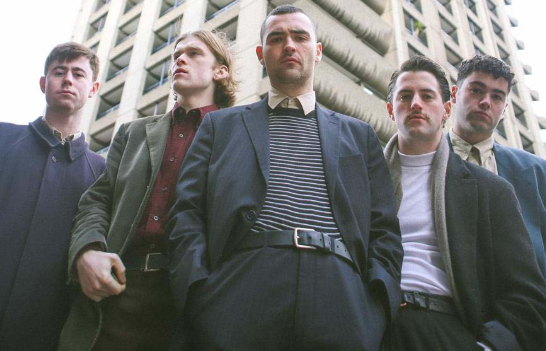 Headliners this year include one of my all-time favourite bands, Editors, and a band added to that list roughly 18 months ago, The Murder Capital. Two bands that would look at home on the same bill, both are sure to bring the house down with their savage live performances.

SOAK is another act that would have had people rushing to get tickets. I saw her at ATN and her recent record Grim Town is an absolute peach. Whitney are also a band that would have many followers here. Their two records, most recently Forever Turned Around, have received mad acclaim and I’m sure their soft sound will fit perfectly into the weekend that’ll be in it.

Australia’s Angie McMahon, who’s 90% spaghetti bolognese apparently, would be incredible to see if you’re lucky enough to get a ticket, as would the f**king beautiful Ye Vagabonds whose new album The Hare’s Lament is wonderfully Irish.

In the November cold and rain, the lovely Joy Crookes is sure to provide some warmth, especially if she’s joined by Jafaris who she’s collaborated with on the recent release, “Early”. Jafaris, a Dublin raised rapper, released his debut Stride earlier this year and his stock is on the rise. The only logical next step is to play a church in Dingle in November, of course.

The Dingle Gin Music Trail is chockablock full of incredible artists who play over the course of the weekend. If you can’t find anything to your taste here, you’re at the wrong festival! You have the wonderful Anna Mieke whose debut Idle Mind is delightful on the ears, Kerry’s own (hup!) Junior Brother who plays several venues, and THUMPER, who as their name suggests, pack a hell of a punch. Check out their latest release Out Of Body Auto-Message before the weekend!

Another act I had the pleasure of seeing at ATN was Bitch Falcon, and if they bring half of that show to Dingle, you’re in for a treat! Belfast’s New Pagans have also released a number of excellent tracks over the last few years, including their latest single “Charlie has the face of a saint” which I recommend hearing.

Derry pop-rockers Cherym, who’ve been making noise for a while now, land into Dingle with a bang and will surely leave a mark, as will Shrug Life, whose political song “Your Body” caught the attention of The Guardian. Garage/metal blasters Vulpynes will also blow your ears off, so prepare for that by picking up some earplugs!

Hip-hop and rap fans will no doubt get into the flow of things with Meath act Tebi Rex and Limerick’s God Knows (of Rusangango Family) both performing on Saturday. Multi-talented young man Alex Gough plays both Saturday and Sunday and with 80%, his new EP, full of bangers, I’m sure he’ll draw a crowd.

Several of the St. James’ Church headliners and acts playing the Dingle Gin Music Trail will also play The IMRO Other Room. You can check out that line-up here.

The Dingle Gin Music Trail could very well make the weekend for many, especially those travelling to Dingle for the first time. The gigs will take you into some of the town’s best/warmest/cutest pubs and give you a real taste of South West Ireland nightlife. Personally, I’ll be trying to make off as many of these gigs as possible, no matter what time they’re on, and to get the most out of your ticket, I recommend you do the same (and enjoy a few pints!).

Other Voices released the weekend timetable on Monday evening, meaning you can now plan your weekend! Take a look at the times below, and don’t forget to pick up your wristband from the hub!

Other areas of Other Voices include Banter, Ireland’s Edge and After Dark, all of which I’m sure are fantastic, but I know too little about!

I hope this little post has helped you get into the swing of the upcoming, super fun, chilled, wild, rural, idyllic, music-filled weekend! If you’re still looking for inspiration, check out the OtherVoices2019 playlist I’ve put together!