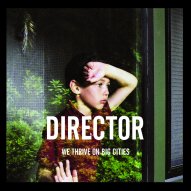 Do you remember Director? They were an Irish band who released two albums before splitting, the debut ‘We Thrive On Big Cities’ released in 2006 and the follow up ‘I’ll Wait For Sound‘ in 2009. They were good in fairness as far as Irish bands go and when they came about there was a bit of a drive in the Irish music industry to make a name for itself because you also had the likes of The Coronas, David Kitt, Jape and R.S.A.G.

‘Reconnect’ was the first track released and it was a major success in Ireland and got them a slot at Oxygen, Jesus, remember Oxygen! The album was released later in the year and sent straight to number 2 in the charts and eventually going platinum! ‘Reconnect’ was a great indie tune and still is, maybe no where near as the big hitters such as Franz Ferdinand who were popular at the time, but for the Irish scene, pretty good. A solid rock element too and they didn’t come across as a band to be taken lightly with this one either. The other singles released were ‘Come With A Friend’ and ‘Leave It To Me’ which both did well too. ‘Come With A Friend’ is far more catchy with its quick lyrics and ‘Leave It To Me’ is slightly darker and rocky sound both do well to capture the overall album, which is a mix of pop and alt rock.

The album opener ‘Easy To Me’ introduces their rock element, as Mooney sings along with the tempo of the music. ‘Standing In My Way’ and ‘She’s Saying Things’ keep up the pace of album, though the lyrics never really seem too captivating. I’m not saying the band would have just thrown down lyrics and and rolled with it, but the quality of the music outweighs the lyrics. My favourite track on the album is ‘Can You Take It’. Quick, short versus and a grand finish where they let loose.

This is a good effort and debut from a band I wish was still around. They tried to be a little different and a little louder than other Irish acts at the time and they’ve stayed on my mp3 through the years. Pick it up if you find it somewhere and ‘Reconnect’ with the Irish pop/rock scene of the mid noughties.